What type of research is being done?

Researchers in the United States and throughout the world are learning about XP. Researchers are trying to correct the DNA repair defect in laboratory-grown cells from patients with XP. The genes causing most types of XP have been identified; however, some genes may still remain unidentified. Many laboratories in the US, Europe, and Japan are studying XP genes to understand what happens inside the cells when the genes do not work properly. Past clinical studies on skin cancer prevention with oral medications found retinoids help to prevent the development of new skin cancers; but there are many side effects.

STUDY: Clinical Trial at the National Institute of Health (NIH)

The National Institute of Health (NIH) is currently evaluating patients diagnosed with XP and other diseases of DNA repair. There is no drug treatment trial at the current time.

Patients undergo general cancer screening comprising of medical history and physical exam, and including skin and neurologic examination. Laboratory samples are collected for review. Persons are followed annually by telephone or mail to determine clinical status.

Dr. Kraemer received his M.D. from Tufts Medical School and is board certified in dermatology and internal medicine. He has a longstanding interest in human cancer-prone genetic diseases and DNA repair. His studies focus on molecular, cellular, and clinical features of diseases including Xeroderma Pigmentosum and familial melanoma. He is a member of the American Society for Clinical Investigation and has received awards from the Society for Investigative Dermatology and the U.S. Public Health Service. 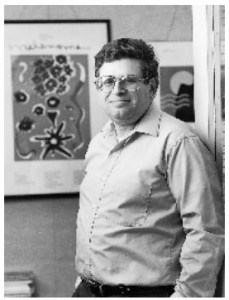 Human cancer-prone genetic diseases are being studied to identify groups of people with an increased susceptibility to environmental agents.

Present emphasis is on the skin cancer-prone disease, Xeroderma Pigmentosum (XP). We are attempting to:

These studies provide strong evidence that DNA repair genes play a major part in UV induction of skin cancer in XP. Cells from a person with the rare Xeroderma Pigmentosum/Cockayne Syndrome complex with severe clinical symptoms of Cockayne Syndrome had the cellular characteristics of the XP-G DNA repair defect. One unusual XP-C patient had neurological abnormalities and a metabolic defect (Hypoglycinemia) associated with a splice mutation.

We also found an age-dependent increase in plasmid UV mutability in cultured blood cells from normal donors. This finding suggests that the ability to process UV-damage DNA decreases with increasing donor age in the normal population. This may play a role in the greatly increased frequency of UV-induced skin cancer with age.

Oral retinoids are effective in prevention of skin cancers in patients with XP although there are substantial side effects.

Dr. Cleaver gained his BA (1961) and Ph.D. (1964) in the University of Cambridge, England. He spent two years as a postdoctoral student at Harvard, and joined the faculty of UCSF in 1966 in the Laboratory of Radiobiology and Environmental Health, where he became the research director. He discovered that the basis of Xeroderma Pigmentosum was a DNA repair deficiency in 1968, and has worked on this and related diseases ever since. Dr. Cleaver was granted Emeritus status at UCSF in January 2004, but continues to carry out research. His appointments as Professor are held in the Departments of Dermatology and of Pharmaceutical Chemistry.  He is a member of the UCSF Cancer Center.

Dr. Cleaver is an internationally recognized expert on the molecular mechanisms of environmentally-induced and genetically-determined human cancers. He demonstrated as early as 1968 that cancer can be viewed as a genetic disease and his revolutionary work on Xeroderma Pigmentosum has led to breakthroughs in our understanding of the link between DNA repair efficiency and human disease. His pioneering work has resulted in more than 350 papers and reviews. He received research awards from the Radiation Research Society (1973), American Academy of Dermatology (1976), the Psychological Society (1991), Harvard University JB Little Award (2003), the UCSF Faculty Research lectureship (2004) and the American Skin Association (2006), He was elected to the National Academy of Sciences in 1999.

W. Clark Lambert, M.D., Ph.D., received a B.A. (Chemistry) in 1964 from Wesleyan University, Middletown, CT and a Ph.D. (Experimental Pathology) and M.D. from Jefferson Medical College, Philadelphia, PA, in 1969 and 1970, respectively. Following an internship at Columbia-Presbyterian Medical Center, New York, NY he was a Staff Fellow (Surgeon (04), U.S. Public Health Service) in the Laboratory of Molecular Genetics at the National Institute of Child Health and Human Development, National Institutes of Health, Bethesda, MD (1971- 1973).

He completed a residency in Pathology at Columbia-Presbyterian Medical Center in 1974 and in Dermatology at Yale-New Haven Hospital in 1976. He has subsequently been on the faculty of the UMDNJ-New Jersey Medical School, Newark, NJ, where he is Professor of Dermatology, Professor of Medicine, and Professor of Pathology. Dr. Lambert is board certified in Dermatology and in Laboratory and Diagnostic Immunology by the American Board of Dermatology, in Pathology by the American Board of Pathology, and in Dermatopathology by both boards. Dr. Lambert is an internationally recognized authority in medical dermatology, especially in the diagnosis and management of several types of skin cancer and of Xeroderma Pigmentosum and other DNA repair-deficient Genodermatoses. He also has published innovative research in human cell culture biology, including delineation of cell cycle control deficiencies in genetic and neurodegeneratively diseased cells. Dr. Lambert is the recipient of numerous awards, including the Sheard-Sanford Award of the American Society of Clinical Pathologists, direct appointment as Fellow of the American College of Physicians in 1991, and election into the American Dermatological Association in 1993. He is the author of hundreds of book chapters/articles in refereed journals, has edited two books and served as an editor and/or on the editorial board of several leading medical journals.

Learn more about Dr. Lambert’s research at his website: 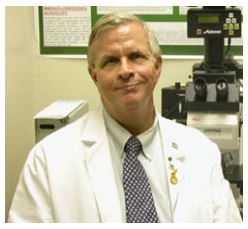 Our longitudinal study reports the ocular status of the largest group of patients with XP systematically examined at 1 facility over an extended period of time. Structural eyelid abnormalities, neoplasms of the ocular surface and eyelids, tear film and tear production abnormalities, ocular surface disease and inflammation, and corneal abnormalities were present in this population. Burning and nonburning patients with XP exhibit different rates of important ophthalmologic findings, including neoplasia. In addition, ophthalmic characteristics can help refine diagnoses in the case of XP complex phenotypes. DNA repair plays a major role in protection of the eye from sunlight-induced damage.

Xeroderma pigmentosum (XP) is a rare autosomal recessive disease caused by mutations in DNA repair genes. Clinical manifestations of XP include mild to extreme sensitivity to ultraviolet radiation resulting in inflammation and neoplasia in sun-exposed areas of the skin, mucous membranes, and ocular surfaces. This report describes the ocular manifestations of XP in patients systematically evaluated in the Clinical Center at the National Institutes of Health.