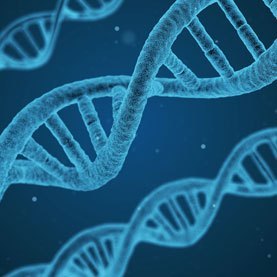 Here is some background information:

All living things perform certain tasks to keep themselves alive. For example, when you eat food, your body has to break it down into molecules it can use to keep you alive. Proteins are one of the main things that accomplish this. Proteins also do a host of other jobs to keep our bodies going. They work with each other and with other cellular components, including DNA, sugars, fats, etc.

Our bodies can get proteins in two ways: we can eat them or we can make them. We have to do both, because we can’t make all the proteins we need. We eat proteins in meats, beans, cheese, nuts, milk, etc.

We make proteins from things called amino acids. Think of them as being like beads that are shaped and sized differently. We use 20 different amino acids to make proteins; our bodies string them together like beads on a string. The types of amino acids and the order they are in give each protein an identity. Proteins can be made of hundreds or thousands of amino acids. Small ones may only be made of 50 amino acids. After they are strung together, they fold up into shapes that are unique to each protein. These shapes help them function, just like the shape of a key helps it function in a lock.

How do our bodies know what order to string the amino acids together in?

They use blueprints. These blueprints are in our DNA. Like a protein, DNA is another string of molecules — but the molecules are not amino acids. They are something else called bases, but that is beyond the scope of this conversation.

This is a very simplified explanation of how proteins are made, but it’s still accurate!

How does XP cause problems for me?

XP patients can’t fix damage caused by ultraviolet light in sunlight and other types of light. UV light creates lumps in DNA. If a lump in a random gene doesn’t get fixed, then that gene will have trouble making the protein it codes for. So, because of damage in one DNA repair gene, damage can accumulate in many other genes.

In a person with XP-C, the mutated gene codes for a protein that recognizes the damage. If you recall, I said that proteins fold into shapes, and function like keys in locks. Well, the XPC protein is specially shaped so that it recognizes the lumps caused by UV light. When it finds a lump, it sticks to it, and, because of the shape of the lump plus XP-C, other DNA repair proteins stick there, too. For example, there is a theory that XP-A helps bring other proteins to the damaged place. Next, other proteins remove the damaged area (XP-F and XP-G). Others insert the correct replacement parts. And a final group sews everything together. XP-B and XP-D are involved in removing the damaged bit of DNA. Mutations in XP-B and XP-D can cause Trichothiodystrophy (TTD) as well as Xeroderma Pigmentosum (XP).

Not all proteins involved in this process are called “XP” proteins; that’s why it hasn’t been identified by name.

When XPC doesn’t exist or doesn’t work very well, your body can’t recognize the lumps made by UV light. So, the other proteins don’t gather at a lump to fix it.

The result is that other mutations accumulate in all the other parts of your DNA. As a result, you get burned, get cancers, and have the other problems associated with XP.

It’s amazing how many things can go wrong because ONE protein isn’t working properly.