What is Xeroderma Pigmentosum?

What are the signs of XP?

Persons with XP must stay protected from sunlight, or skin and eyes may be severely damaged. This damage may lead to cancers of the skin and eye. The disease is often undetected until unusual skin changes appear over time.  Changes caused by sun damage often begin in infancy, and almost always before age 20.  The first skin cancer may develop before a person is 10 years old, and many other skin cancers may continue to form.   Cancers develop most often on the face and other sun-exposed parts of the body including the eyes, lips, and tip of the tongue. All three common types of skin cancer (basal cell carcinoma, squamous cell carcinoma, and melanoma) occur much more often in people with XP. Basal cell and squamous cell carcinomas usually do not spread to internal organs, but they destroy the local skin and underlying tissues. Melanoma can be fatal if it is not removed before spreading to internal organs.

Many persons with XP will get unusually severe sunburn after a short sun exposure. The sunburn will last much longer than expected, perhaps for several weeks. This type of sunburn will usually occur during a child’s first sun exposure, and it may be a clue to the diagnosis of XP. However, some people with XP will not sunburn more easily than others, and the disease will be undetected until unusual skin changes appear after much time. Most people with XP will develop many freckles at an early age. Continued sun exposure will lead to further changes in the skin, including irregular dark spots, thin skin, excessive dryness, rough-surfaced growths (solar keratoses), and skin cancers. These skin changes resemble the skin of elderly people who have spent many years in the sun.

The eyes of a person with XP are often painfully sensitive to the sun and may easily become irritated, bloodshot, and clouded. Noncancerous and cancerous growths on the eyes may occur.

Other medical problems in addition to skin and eye changes with XP include nerve-related problems: deafness, poor coordination, spastic muscles, or developmental delay. About 20 percent of XP patients have one or more nerve-related problems. Some persons with XP may be very short and may not develop normal sexual characteristics. A few people with XP have all of these problems, and others will have one or more.

Two factors combine to cause the abnormalities in XP:

First, a person inherits traits from each parent leading to an unusual sensitivity to the damaging effects of ultraviolet light.
Second, exposure to the sun and UV light leads to changes. XP is a recessive condition; a person must have two XP genes (one XP gene from each parent) to develop the disease. Recent advances in understanding XP make it possible to test if someone is a carrier of some forms of XP by analyzing DNA.

If the parents of a child with XP have another child, will that child also have XP?

There is a one in four chance that a child of the same parents of a person with XP will have XP. XP among affected children in the same family is usually of similar severity. For example, the next affected child will usually have similar problems as the first child with XP. If the first child has severe neurological problems then the next affected child is likely to experience the same problems. Prenatal diagnosis of XP has been done in research laboratories. This is not a routine test and parents of a child with XP should seek genetic counseling.

Can a person with XP have children?

How is XP diagnosed?

XP can usually be diagnosed in the lab by measuring the DNA repair defect of skin or blood.

Are there different types of XP?

What is the lifespan of people with XP?

Many persons with XP die at an early age from skin cancer if the cancers are not treated, or if they continue to be unprotected from sunlight. A reduced life span is expected but great differences are based on the individual. A normal life span is possible if a person is diagnosed early, has no severe neurological problems, is protected from ultraviolet light, and is followed carefully for early cancer detection. Most persons with XP will fall between these extremes.

Is there a cure for XP?

There is no cure for XP, but much can be done to prevent and treat some of the problems it causes.

What can be done for prevention and treatment?

How can harm from ultraviolet light be prevented?

Limit exposure to harmful ultraviolet rays. There are two types of ultraviolet light: short wavelength and long wavelength. The main source of harmful, short wavelength ultraviolet light is sunlight. Windows and car windows should always be closed and protected because glass does not block all ultraviolet waves from harmful sunlight. Restrict outdoor activity to nighttime as much as possible. If daytime exposure is unavoidable, limit it to the very early morning or very late afternoon hours (the times of day when your shadow is much longer than your height) because damaging ultraviolet radiation from sunlight is most intense at midday. Even a few minutes of sun exposure at midday may cause harm. Ultraviolet rays are also found in the artificial light given off by lamps.

What else can cause harm besides ultraviolet light?

Persons with XP should be examined often by a family member or another person who has been taught to recognize the signs of skin cancer. Examinations should include the eyes, scalp, ears, mouth, tongue, nostrils, and all other areas of the skin, including those areas that do not have sun exposure (for example, the buttocks). Any suspicious spot or growth should be immediately reported to a doctor.

Examination by a dermatologist (a doctor specializing in skin disorders) should take place at least every 3 to 6 months. A dermatologist can help detect skin cancers before they have grown or spread to internal organs. A small piece of suspicious skin growth may be removed (biopsied) and examined for cancer.

Skin cancer treatment is similar for anyone with skin cancer. Cancerous tissue must be removed promptly. Treatment may include removal of the cancer by freezing, use of an electric needle, or surgery. A small cancerous growth depending on the size, type, and location of the cancer is often treated in a doctor’s office. Precancerous growths, such as solar keratoses, may be frozen with liquid nitrogen.

Large tumors may require extensive surgery and skin grafting. Dermabrasion or removing large portions of skin with grafting has been used for extensive involvement. Radiation treatment has been used safely.

Examination by an ophthalmologist (a doctor specializing in the eye) should take place regularly. The ophthalmologist can help detect and prevent eye cancers, lesions, or other problems. Treatments can be suggested. Artificial tears may soothe abnormally dry or irritated eyes. Corneal transplant may be considered to restore vision if the corneas of the eyes become clouded.

Is assessment of neurological problems important?

It is important to be aware of neurological symptoms. Early testing for potential neurological problems may lessen the unfortunate results of undetected problems in young children.

Treatment or therapy may be available. For example, detection of hearing loss and subsequent use of a hearing aid may lessen difficulties in communication and participation in school. Some people diagnosed with XP develop mild neurological symptoms in late childhood or adolescence and when neurological problems occur they usually tend to worsen over time. Persons diagnosed with XP should have periodic neurological examinations.

What are the psychosocial aspects of XP?

Persons with XP and their families face many challenges in daily living. This disease has many long-term physical, emotional, social, and economic consequences. Skin changes (including cancers at an early age) and other physical problems may affect school experiences, employment opportunities, recreational activities, and social relationships. Coping with chronic illness and disability is very difficult. Some people have problems with health insurance or finances. Some people feel anxious or depressed. Healthcare professionals (physicians, nurses, social workers, therapists, and others) can provide important assistance. Persons with XP need the support of family and friends. Communities can provide encouragement, build confidence, and give hope. XP has been identified in people of every ethnic group all over the world.

Where can I get more information?

Information and collections of clinical data about symptoms, treatment, and progression of XP are available from the following organizations and support groups: 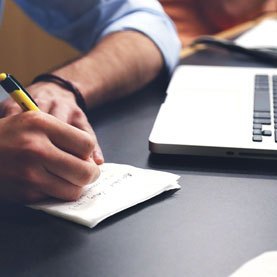