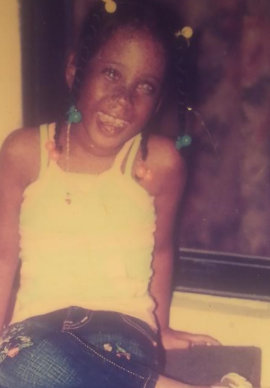 My name is Ruth Ortiz. I am a mother of Dominican origin and I want to tell you a little bit about my beloved daughter, Katherine Maciel Ortiz. She suffers from a terrible disease called Xeroderma Pigmentosum (XP). 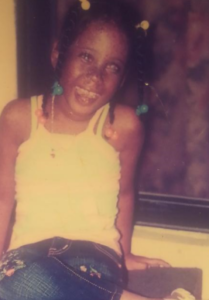 My daughter was born on November 11, 2001, a seemingly healthy and beautiful girl. Of course, she was the adoration of my eyes. It all started when Katherine reached the age of 6 months. She lacked the strength to lift her head. A month later, dandruff appeared on her head and eyebrows but it did not get better with any home treatment or oils we used to try to treat it. I was concerned so I decided to take my daughter to a dermatologist. A biopsy was performed and it was determined that she had Xeroderma Pigmentosum.

The doctor explained to my parents and me that my daughter had to stay covered by wearing long clothes, sunglasses, sunscreen, and hats to avoid exposure to the ultraviolet rays from the sun. My sadness and frustration was great because I did not really know what to expect.

As her illness progressed, I continued to learn about the seriousness of the disease. During her first years of life, she had therapy because she had little strength to walk. She took her first steps at two years of age. When she was 6 years old, she received her first surgery due to a lesion in her left eye. Due to another lesion, she had to have three operations on one spot on her head. They did not get good results until her third surgery with a skin graft using donor skin from her little leg. It has been very difficult for me to understand what Katherine has gone through, especially because my daughter does not speak. She cannot say where it hurts or describe the discomfort. She cannot say that she simply does not feel well.

Struggling is constant with her illness. Another problem arose; the unavoidable sun exposure to her face caused a problem with her eyes. The doctor said that a cornea transplant should be done. I do not have much money because I am a single mother with no help from her father. I was not in a financial position to cover an approximate RD $130,000 expense. For several days, I knocked on doors looking for help and trying to raise money for the operation. I even asked for help at the office of the First Lady. I managed to get RD $78,000 which was deposited directly to the medical fund for Katherine’s operation. When enough money was collected, an operation was performed but the transplant was not successful.

The fight has become more and more difficult with my special girl. We used to leave home at five in the morning to go to the hospital and we did not return until five in the afternoon. All we would hear from the hospital staff was a repetitive, “Come back tomorrow, come back tomorrow so doctor such and such can see her.” We lost the battle and Katherine lost her sight! She did not get the treatment that her illness required.

When Katherine was 13 years old, another problem developed. This one was the most difficult and painful of experiences. A lesion appeared on her nose. It was treated with liquid nitrogen and she used to leave the medical center with a sore and inflamed face every time she got this treatment. After several treatment attempts, the plastic surgeon decided that he had to do another operation for her. It was removal of her nose!  It was a drastic change and it was a very painful procedure.  We have to accept it and move on.

Sometimes I fall apart but I know I must get up and move forward. I do not want to show weakness to my daughter so she won’t feel unsupported. Thanks to the love she receives from her mother, stepfather and two younger sisters, Katherine does feel love and affection!  Thanks to God, I have the strength to take care of my daughter. The Dominican Republic is a tropical country where there is not much help for people with Xeroderma Pigmentosum. Life is very difficult for us here. 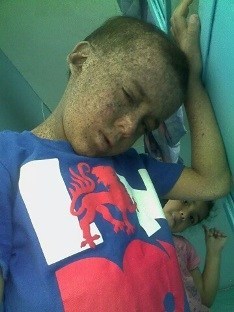 The Story of Fernando 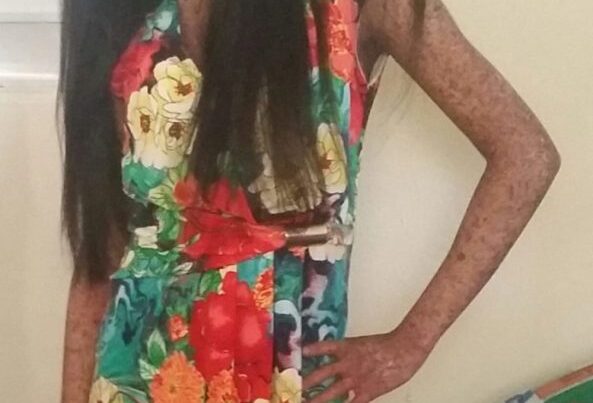